How postal delivery works : The historic role of shipping 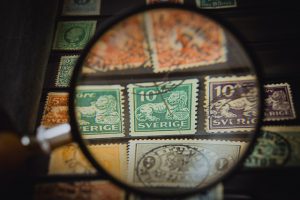 The mail shipping industry actually dates back nearly four thousand years to when the ancient civilizations would ship grain from country to country. The ancient Egyptians were the first people to dominate the shipping trade, thanks to its strong naval force.

Over the ages this role was assumed by the Greeks and eventually by Alexander the Great, who built merchant ships to transition goods around the Persian Empire.

As each dominant region in history assumed power, their role in the international shipping trade became central. After Alexander came the Romans and eventually Britain was to assume the mantle as the British Empire expanded around the globe.

Sending parcels in the Victorian era

Before the Victorian era, international shipping was a logistical nightmare. Prior to 1840, when Britain introduced the stamp, it was often the recipient that was expected to pay the bill. This resulted in massive amounts of mail going unclaimed as recipients simply did want to pay for mail.

Once this process changed, in order to send a parcel, one would have to calculate the rate of sea postage, the transit fees for each leg of the journey and then the domestic postage costs, once the mail reached its destination country. The exchange rates of each leg then had to be translated into the sender’s local currency.

If a direct route was not available, it was the responsibility of the sender to find a forwarder in a connecting country. Rates varied wildly and different treaties amongst the different countries meant that the process was very slow and cumbersome.

It was not until 1863 that the United States called for an international postal congress to address the overly-complex system.

This led to the Universal Postal Union (UPU), which is still in place today. The UPU established a series of principles which unified processes for international shipping. First, it was established that there should be a flat rate to send mail anywhere in the world.

Second, it was agreed that postal authorities should give equal treatment to foreign and domestic mail.

Thirdly, that each country should retain all the money that had been collected for international shipping; the rationale being that every letter begot a reply and if each country were to handle as much outgoing mail as it did incoming, the cost of delivering foreign mail would be cancelled out.

During the First World War the General Post Office instigated a special sorting depot to deal with all the mail to the troops. At its peak 12 million letters and 1 million parcels passed through the depot in one week.

Sending was restricted internationally; sea-bound mail was reduced due to the hazards of the journey and to conserve resources, so much of the mail to the war zones was done over land. In 1917 convoys were introduced to protect the ships which allowed safer passage. Censorship sometimes slowed down wartime mail, as the British Government remained vigilant to spies and monitored correspondence. Despite this, the service was surprisingly efficient, taking only two days on average to reach the recipient

During the Second World War mail to enemy and occupied services ceased, but it was still possible to send post to neutral countries. The Red Cross was integral in the mail service, delivering parcels and letters to Prisoners of War; some 20 million food parcels were sent out from the UK by the Red Cross.

The introduction of airmail

Up until the early 20th century, all international mail was sent by land or sea, with the exception of a few experimental (and not entirely successful) deliveries by hot air balloon. After the advent of air travel it took a little while for airplanes to be adopted for mail use internationally, however once postal services and governments had understood the benefits of this new form of mail transportation they were used extensively.

The technological innovations on aircraft brought about by the First World War had a huge impact and once the war ended practical air mail services became a reality. The first scheduled international air mail service took place between London and Paris in 1919, with the airmail etiquette ‘Par Avion / By Air Mail’ introduced in 1920, and it has changed very little since then. The UPU adopted comprehensive rules for airmail in 1929.

British Airways, then Imperial Airways, was a pioneer with air post. Gradually routes around the world and past Europe opened up, for example 1932 saw a mail-only route to Cape Town introduced; the flight took ten days to reach its destination from London. In 1934 the introduction of an unsurcharged mail scheme to parts of the British Empire – The ‘Empire Air Mail Scheme’ – created a huge demand for cargo, leading to further innovations and improvements to aircrafts.

The UPU system worked very well for many years; international postal rates dropped and there was a boom in the shipping of international mail. However, as countries such as the United States began to export one-way mail en masse, less wealthy nations argued that the system of retaining postage fees led to them essentially delivering mail to the net exporters free of charge.

Even this system was not without its imperfections. As the system was based entirely on weight, it was skewed to charge more for heavy periodicals, while regular mail, which required the same amount of handling time, cost much less.

It was for this reason that in 1991 the UPU introduced a threshold system. The system stated that countries which shipped more than 150 tonnes of mail each would have separate rates for letters and periodicals. For nations which handled less mail, the original rates remained in place.

The UPU has been a specialised agency within the United Nations (UN) since 1948 and as such is open to all member states. Even countries outside of the UN are allowed to become a member of the UPU. Thanks to the international partnerships and 40 centuries of refinement, international shipping is now easier than ever before.